Genesis 6, the first super-major of 2019 featuring Super Smash Bros. Ultimate, is in the books. And while the top-level talent that was present in Oakland this weekend most definitely served as the focal point of the event, the game itself, and more specifically, the usage of certain characters within, drew some serious attention. Much like the game’s tagline, Genesis 6 proved that everyone really is here. If you can think of a pro player, chances are they were competing at Genesis this weekend.

Of course, storied greats such as William “Leffen” Hjelte and Leonardo “MkLeo” Lopez drew plenty of hype, but this year’s Genesis showcased young talent, as well, specifically in Northern California’s own Pedro “Prodigy” Alonso and Japan’s elusive and shadowed rising star, Zackray. In a true meeting of greats, Genesis 6 served as a defining foundation to the competitive Ultimate scene – one that not only saw a clash between every era of Smash from days gone by, but one that could potentially set the stage for the days yet to come.

If there’s any one major takeaway from this year’s installment of Genesis, it’s the showcasing of the incredible diversity of the game’s roster. More specifically, the fact that a game with 74 playable characters can feature almost all of them prominently on the competitive level is ridiculously impressive. When you realize that the tournament opened with a match between Isabelle and a Mii Gunner and closed with a set between Pichu and Lucina, it should be enough to prove the point that Ultimate really encourages versatility across the board. Whether you play the consensus top-tier characters or invent your own strategies for a less-utilized pick, your freedom and potential in the game is universal. Quite frankly, the beauty of Smash is that any player can find success with any character provided they have the talent and the practice. 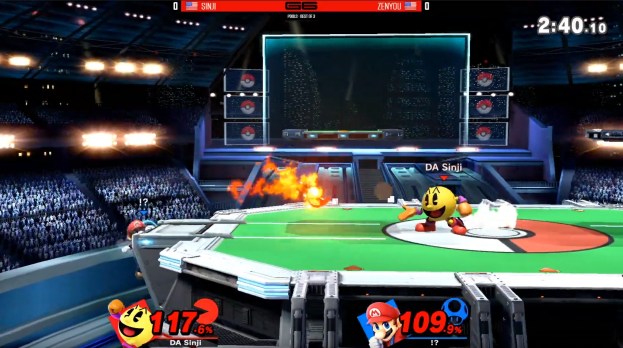 Whether that success is found in a dominant, top-tier character or a nuanced, more distinct pick, it’s clear that Smash is more diverse and open than ever before. Genesis only extrapolated those sentiments. In the top 8 alone, all eight players who were featured mained different characters. Even despite a quasi-meta beginning to form, the tournament’s strongest players stuck to their guns, resulting in a championship Sunday that focused more on individual talent rather than a molded form.

And now, three months into Ultimate’s life cycle and two weeks before the game’s next major, Frostbite, there’s still no set tiers and there’s definitely no set meta. If anything, the best part about the Genesis 6 meta was that there really was no meta at all. The game’s top players are playing the game with an “Anything Goes” mentality, and overall, the competitive scene is benefiting quite heavily from it.

For reference, three months into Smash 4’s competitive cycle, it was already an established notion that Sheik and Diddy Kong were the consensus top-tier characters who were ahead of the rest of the roster, promoting a stagnant mentality that plagued the competitive scene. Now, with more options and of course more balance, Genesis 6 proved that Ultimate will be much more unwavering than its predecessor.

While it would certainly be interesting to analyze the decision making process that fueled the choices of all 2,105 entrants at Genesis, the later stages of the tournament tell us everything we need to know about the metagame. For instance, the top 64 featured 16 separate repeated characters, with Olimar leading the way, as six players picked up the space captain. Behind him, Peach, Fox, Wolf, and Pichu were all mained by four players in the bracket stage, while Snake, R.O.B., Palutena, and Mario were all supported by three. To close out the duplicates, Cloud, Sonic, Pikachu, Wario, Inkling, Mega Man, and Pokemon Trainer were all picked by at most two players in the top 64.

Additionally, the bracket stage showcased some of the more intriguing characters on the roster, as picks like Pac-Man, Mewtwo, and Mr. Game & Watch all made their way into the tournament’s final stages.

However, the most successful unique pick was most definitely Ike. MkLeo was able to take his new signature character and completely wipe the floor with his opposition throughout the entire weekend, proving that he could take the character where no one else could. In fact, MkLeo didn’t drop a game until the round of 32, where Leffen’s fabled Pokemon Trainer chipped away at his throne. En route to the top 8, he posted a game record of 21-2 alongside 9 consecutive set wins. 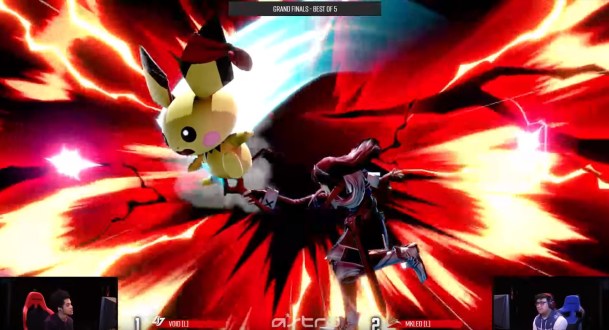 And it’s not exactly like the road to glory was was paved with dirt, either. In the rounds of 64, 32, and 16, Leo faced off against Robert “Myran” Herrin, Leffen, and eventual top 8 counterpart, Samuel “Dabuz” Buzby. With a ridiculous aerial game and an unrivaled ability to punish and capitalize, MkLeo’s Ike was able to dominate and perplex anyone who stood in his path.

Between a plethora of unique picks, the success of experimenters, and the eventual champion utilizing a nuanced fighter (albeit alongside a quick swap to Lucina in the final rounds), it’s fair to say that Genesis 6 provided the Ultimate community with nothing short of a wide open landscape – one that encourages every player to experiment, diversify, and eventually thrive.

Ultimate is allowing the franchise’s top players to coexist on the same plane – one where the Mario and Fox mains of Smash 4 can play alongside the Snake and Wolf experts from the Brawl days and still ignite a strong competitive spirit. And, of course, the future of the game’s meta may still be foggy. For all we know, the game could revolve entirely around Incineroar and Robin by the time EVO rolls around. However, if one thing is for certain, it’s that the present is crystal clear. Smash Ultimate is on track to serve as the most diverse game in the franchise’s rich history, as a massive, ever-growing roster of playable characters is allowing the game’s most prominent players to find success on whatever they want. 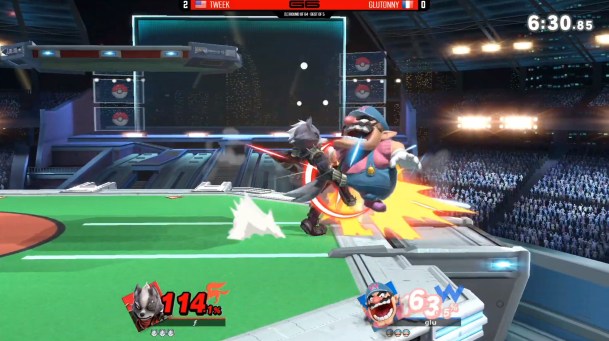 Genesis 6 proved those sentiments exactly. With a ridiculously diverse top 8 and an extremely unique top 64, the tournament allowed to community to dig deeper and find what works, what’s strong, and what the standard might just be.

It’s still impossible to pinpoint exactly where the game is and where it’s going. We can get a few ideas, but it’s still too early to crack the meta. Sure, certain characters have been emerging into prominence over the course of the past few months, but the game’s first super-major did nothing but confirm our suspicions – the game still has plenty of growing to do and the experimental phase is far from over.