We may still be in the early stages of Super Smash Bros. Ultimate, but the meta is quickly getting defined before our eyes. Ultimate is obviously more diverse than any game in the Smash series, but with characters like Marth, Lucina, Roy, Ike, Chrom, and countless other sword-wielders quickly becoming frequent favorites in the competitive scene, obvious trends are already starting to be made. However, if there’s any swordfighter who is taking Smash Ultimate by storm, it’s definitely Cloud, who has quickly turned into one of the most definitive characters in the entire game.

In the competitive scene, Cloud is definitely the most prominent sword character in the game, as he’s appeared in 331 tournaments since the release of Ultimate, the 5th most on the entire roster, only behind Ness, Inkling, Snake, and Wolf. Additionally, Cloud holds a win-rate of 53.2% across all Ultimate tournaments, which ranks 3rd on the roster, only behind Snake’s mark of 58.7%, and Ness, who posts a win-rate of 60.3% across the entire competitive scene.

In a meta dominated by “sword characters”, Cloud is far and away the most versatile (and quite possibly the strongest), and the competitive scene is definitely taking notice. However, first and foremost, it’s important to note that Cloud did receive a few tuning changes since Smash 4, making him a “weaker” version of his past self, but still remaining at the top or at least near the top of the food chain when it comes to characters with a sword. Cloud is no longer able to hold onto his Limit indefinitely, making it more difficult to intimidate your opponents and gain presence over the stage. However, with Cloud’s Limit capped at 15 seconds, Cloud players are now essentially forced to either use a Limit-buffed ability or lose Limit altogether. And while this situation may seem like a serious nerf to Cloud’s presence in any matchup, it actually allows Cloud players to make use of some of the most devastating abilities in all of Smash more often.

When Cloud reaches his Limit and begins to glow blue while simultaneously gliding across the stage, you just know that the player is itching to use a special ability. And while the changes to Cloud’s Limit may seem like a nerf, it’s more of a change in style than anything. Now, getting to see Cloud players unleash some of the characters’ most incredible moves is a major change that is definitely making Cloud one of the most punishing characters in the entire games. 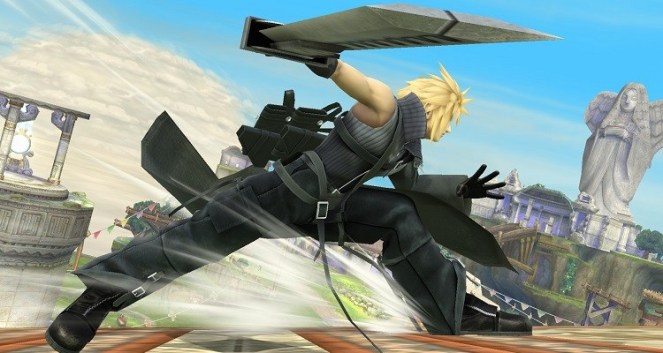 Additionally, Cloud has a ridiculously fast dash speed of 2.167, making him one of the most intimidating characters on the ground. His ability to get from Point A to Point B is essentially unrivaled, as he ranks as the 11th fastest character in the game in terms of dash speed. On top of that, his dash attack is pretty solid, as well, as the move can easily punish an opponent and knock them into the air.

However, once Cloud gets into the air, he really starts to dominate. Once he begins his aerial assault, there’s really no coming back – he’s probably already beaten you.

A combination of aerial attacks will often allow Cloud to dominate the air, setting him up for a beautiful set of specials and smashes once he gets you back onto the stage. Really, everything is on the menu for Cloud in any situation, as all of his abilities have ridiculous range and hit like a truck. However, what separates the good Cloud players from the great Cloud players is knowing which ability to use and when to use it, as opposed to swinging like a wild maniac. A really solid Cloud player might not even have to force you back on the stage in some situations, as a strong air game backed by successive combos, ridiculous juggling capabilities, and excessively long strings of moves could be enough to throw any opponent into the blast zone.

With this in mind, it’s important to note that Cloud still has one major weakness- he has some serious trouble killing his opponents and taking stocks. His Limit-empowered abilities don’t guarantee kills until he’s racked up massive amounts of percentage (except his empowered Down-B, which kills from about 65%). And while his dash attack is also relatively solid, it’s going to be difficult to find confirmed kills with it. Ideally, you’ll want to find strength in your tilt attacks, aerial juggles, and smashes to finish off an opponent, as Cloud’s weapon is certainly devastating. His forward smash alone will usually kill from about 80% in almost every scenario while his F-air and N-air will almost always be enough to finish off an opponent off-stage.

And still, Cloud players could still find plenty of opportunities in the character’s special abilities, as his Side-B and Up-B are definitely usable to a large extent in almost any scenario. In fact, if Cloud’s opponent isn’t able to punish him, he could easily chain his special abilities together to damage, juggle, and of course, tilt his opponent.

With a plethora of moves that are easy to use, and more importantly, easy to land, Cloud is definitely one of, if not the most versatile character in all of Ultimate. He can often abuse any opponent and rack up damage incredibly quickly, making him ridiculously strong at any stage of any game. While he may find struggles when it comes to finishing off his opposition, his ability to find damaging opportunities more often than not is usually enough to secure victory.

One and a half months into the life cycle of Ultimate, swordfighters are leading the way in the meta, and Cloud is emerging to be the strongest out of all of them.

2 thoughts on “In a World of Sword Characters, Cloud is Leading the Way”