Early in the year, the world was introduced to Sota “Zackray” Okada, who took the Smash scene by storm at Genesis 6 with a run that propelled him all the way into the top 8 at his first Western major. If anything, that performance was the world’s first look at what the Japanese Smash community had to offer. And at only 16 years old, the world was enthralled with young phenom from across the Pacific.

And although he fell short of a title back then, he certainly made sure to secure his place in the annals of Smash history this past weekend with a win at The Big House 9.

In a season that has seen Zackray finish just short time and time again, a major win for the biggest international sensation of 2019 is more than a win for Zackray and Japan, it’s a win for all of Smash.

Throughout the course of the year, we’ve been able to see Zackray evolve as a player on the world stage, as the journey from Genesis to Summit to EVO and finally to The Big House has shown off what Zackray is capable of, where he struggles, how deep his character pool is, and the potential that lies within the game’s youngest sensation. While there’s plenty of top-level competitors in the competitive Smash environment right now, none have had quite the journey that he’s had to get to this major victory.

After that legendary Genesis run back in the winter, Zackray followed up with a destitute 33rd place finish at Frostbite, and it immediately came into question as to whether or not his top 8 finish at Genesis was a fluke. Maybe the hype had finally caught up to him. But, after a 5th place finish at Summit, a 2nd place finish at 2GG’s Prime Saga, and back-to-back top 8 placements at Umebura and EVO, it was obvious that Zackray wasn’t falling off, but was rather becoming a force, albeit a stagnant one, hovering around the top of the competitive scene without breaking his personal ceiling.

And now, at Big House, Zackray proved he was capable of running a gauntlet of players who were supposed to be better than him, who had given him trouble all year, and were scheduled to bury him in bracket. Instead, he adapted his picks, changed his playstyle on the fly, and overcame the demons that had plagued him since his entry to the scene all those months ago. 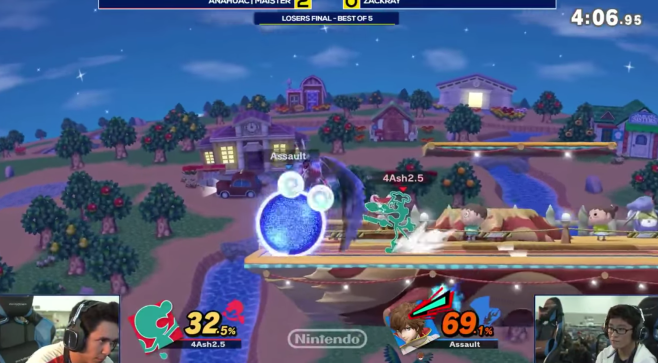 Throughout the weekend, Zackray showed off six different characters during his tournament run – an immense change in pace from his days as a Wolf one-trick. It’s been said that Smash Ultimate is a “game of secondaries” and that the player who can adapt at a moment’s notice will usually be the one who finds success.

Look at players like Leonardo “MkLeo” Lopez and Gavin “Tweek” Dempsey – players who have incredibly deep pockets when it comes to secondaries and can pick up any character in the game and perform well in a tournament. Players like them are going to be the ones who find success at the pinnacle of the game – and Zackray is quickly joining that conversation.

As Ultimate is evolving, it’s becoming evident that in order to find success at the highest level, you’re going to need to be exceptional at the game – not just your character. Mechanical skill and solid fundamentals are imperative when it comes to snagging tournament wins, as a deep character pool and an understanding of the game’s roster are going to be the deciding factors when it comes to taking home 1st place prizes in the future.

If anything, Zackray’s win at Big House is a sign of things to come. The players with the greatest understanding of the game as a whole are going to be the ones who start racking up titles moving into 2020. While there’s a place for one-tricks in the professional scene, the adaptable players with strong fundamentals are going to dominate. Zackray fits into the latter category, and he proved it this weekend. 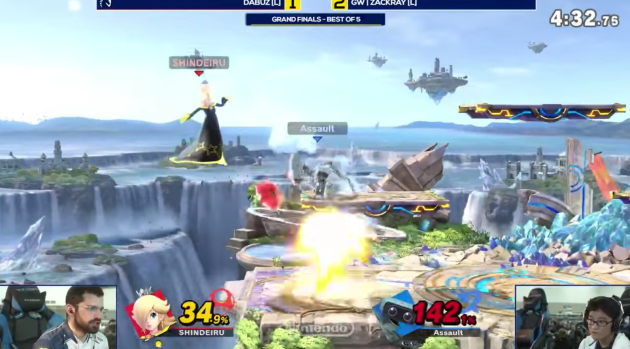 Whether he was showing off mechanical prowess on some of the game’s top tier choices like Wolf or Joker, or displaying his versatility by picking up more niche characters like Corrin and Sonic, it became obvious as the tournament went on that Zackray had prepared himself for the moment and was ready for anything the bracket was going to throw at him.

For months, Zackray had been on the outside looking in. He was the odd man out in so many ways. His age, his country of origin, and his tournament results all prevented him from being in the same conversation as those who had already secured their place among the game’s elite. Now, with a major win in his pocket, he can stand firmly atop the pinnacle of competitive Smash.