It feels like just yesterday when Smash Ultimate released and the entire community immediately pegged the game’s newest additions as the strongest characters on the roster. Between King K. Rool, Richter, Inkling, and many others, much of the cast’s newest characters were immediately touted as some of the strongest available options in the game simply because they were new and shiny.

And while many of the newcomers have found themselves fall into the middle and low tiers of the roster, one character has stood out immensely in comparison to the rest. That character is, of course, Inkling, who has emerged as not only the strongest of the new Smash characters, but one of the strongest picks across the entire board. Even four months into the game’s lifespan, Inkling has proven to be a consistent and solid pick in the hands of any player on any level. Whether you play on WiFi, as part of a local scene, or on the national level, Inkling is an incredibly safe pick with ridiculous amounts of potential – the past few months have proven exactly that. 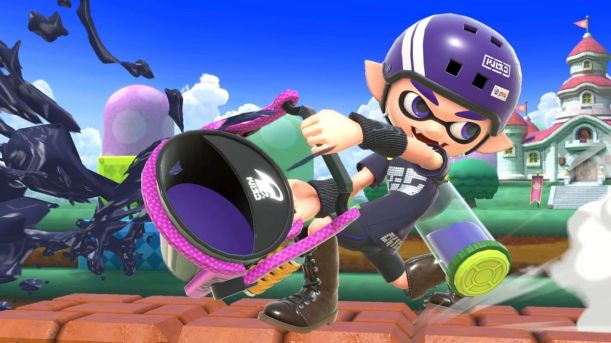 Perhaps the reason that Inkling is so solid and has stood out when compared to much of the Ultimate roster is that everything the character does is good in some sense of the word. It’s quite possible to say that Inkling has no bad moves in her arsenal. The character’s side-special is notably strong, all of Inkling’s smash attacks are solid, and their recovery, Super Jump, can get any player back to stage from the farthest depths of the blast zone. Even the character’s under-utilized moves like Splattershot and down-air have their uses in some sense of the game.

What’s so intriguing about Inkling, however, is that all of these moves can be utilized in almost any way the player wants. When you compare Inkling players to each other, there’s potential for a difference in the way each of them play. The character allows so much room for freedom  and it shows extensively. Any player could depend on specials, aerials, or a ground game at any given moment as the character permits players to select from arguably the widest range of mix-ups that the roster has to offer. 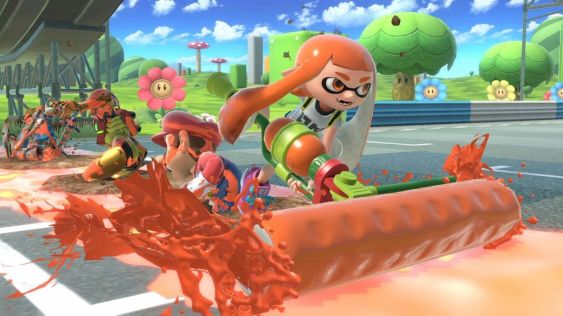 Even at the highest level, the smallest nuances in gameplay can alter the way a player approaches Inkling entirely.

Let’s take a look at two of the greatest Inkling players in the world, Brian “Cosmos” Kalu and Aaron “Dyr” Wilhite. While both of them have certainly unlocked the secrets to becoming masters of Inkling, there are plenty of differences in their gameplay – especially in the neutral phase – that make them ridiculously unique.

Dyr, for example, plays Inkling with a certain sense of reckless abandon, utilizing Splat Bombs and Rollers immensely with a supreme style that feasts on the concept of risk-reward. Everything he does is seemingly oppressive. The intimidation factor is there as it feels like all of his moves hit hard and every time his opponent is forced to approach, an opportunity for punishment is waiting on the horizon. Dyr rarely approaches his opposition on his own will, letting the opportunities come to him as it seems that every time he’s face to face with another player, he comes out on top. It’s a constant game of cat and mouse with Dyr winning nearly every time.

His playstyle is one that can easily permit him free access into his opponents head. Its uniqueness often fools opposing players as Dyr will often take the underused option – heading down the road less traveled and coming out unscathed in almost every stage of the game. When a F-air might be the best available option at the time, Dyr opts for a punishing Splattershot. When a N-air might start a combo, Dyr might just throw a bomb and quickly recharge ink, looking for another setup through a crafty dash-dance. Cosmos, on the other hand, leaves no room for his opponents to breathe. His pace is notably faster than Dyr’s, as he relies on dash-dancing to a much stronger degree. While Dyr will implement grabs and jabs into his game, Cosmos lives and dies by them. Oftentimes you’ll see Cosmos dash around the stage at the speed of light, making it hard for opponents to keep track of his whereabouts. Suddenly, he’ll appear out of thin air with his opposition in fist. It’s almost blinding when Cosmos plays Inkling. It feels as if he never slips up and every time he gets to make a serious move – he makes it. If there’s any word to describe Cosmos’ playstyle, it would be “crisp”. His slickness and serious skill allows him to combine a series of fluid movements and attacks at the highest level – leaving no room for his opponents to get a word in edgewise. For a character that could be played extremely “heavy” and “hard-hitting”, Cosmos makes sure to chip away at not only his opponents on a literal level, but a mental one, as well, slowly racking up percentage until he’s able to explode for a quick burst of damage and eventually take a stock.

And while it’s obvious that the highest levels of competitive play are going to show the varied nuances and technical differences that Inkling has to offer, the character also gives even the earliest, greenest players room to grow. Since Inkling is practically a walking gimmick with the combination of seriously strong aerials, a ridiculously versatile ground game, and a potential top-10 move in terms of safety in the Splat Roller, there’s a lot of wiggle room that beginners and low-level players can take advantage of in order to find success. These easy-to-use and easy-to-follow-up-on moves make Inkling a savory choice in the hands of low-level players, making the character the apex of play at the lower levels of Ultimate.

However, once you work your way up the ladder of competitive Smash, it becomes obvious that Inkling isn’t the bane of the game. In fact, at the highest levels of the game, the character is just another top-tier force that can cause some havoc while still being relatively mild. Of course, many of Inkling’s abilities are a pain to deal with, but as the Inkling players themselves get better, the opposition will get better, as well. This could explain why an Inkling player hasn’t won a major tournament yet, although Cosmos has definitely come close with top 8 finishes at Genesis, Frostbite, Collision, and Full Bloom.

The “problem” with Inkling isn’t that there’s no counterplay – believe me, there’s plenty – it’s that the character has so many options at its disposal, allowing for every stage of the game to be played uniquely depending on who’s at the helm. Whether it be a reliance on special abilities, aerials, grabs, hard-hitting windows, or some amalgamation of all of the aforementioned, it’s clear that Inkling players might just have too many options and mix-ups available at their disposal. Moving forward, it’s the little things that need to get adjusted – whether it be through players adjusting their styles when playing against the character or heavy-handed adjustments to the actual character from Nintendo, itself, it’s obvious that changes need to be made.

However, the door is still wide open for counterplay to be discovered as it’s downright impossible to see the full extent of a character’s kit after just four months. Top players are always discovering new tech and new combos throughout the course of every Smash game’s lifespan, and to jump to conclusions so soon into the game’s cycle would be foolish. Sure, four months feels like a long while, but when you consider how long we’re going to be playing Ultimate, we’re only getting started. There’s still plenty of time for adaptation.