This piece features Michael Kelly’s Overwatch tier list for March 2019. Characters’ placement on this list is derived through a combination of professional results, ranked play, and the author’s personal opinion. There are certain characters whose placement on the list is fitting of a deeper explanation. You may find them below the list. 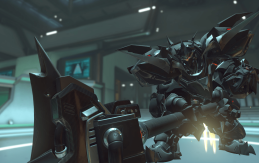 Not only is he one of the best characters for climbing up the ranked ladder, but he’s seeing some serious competitive results. Topping the leaderboard when it comes to ranked play-time and appearing on stage for just about 70% of OWL matches, Reinhardt has proven to be a reliable choice on all levels of play, definitively making him one of, if not the best character in the game.

Lucio (S Tier) – Lucio just never seems to go away, does he? It seems like since the game’s inception, Lucio has been at the forefront of the roster, making waves and dominating the meta in some capacity. Whether it was serving as a backup healer or a

reliable primary source of support, Lucio has always been a safe choice at nearly every level of the game. Now, the case is no different. As the most reliable healer in the game, Lucio is a solid pick whether you’re chasing SR or chasing an OWL title. With the fourth highest pick rate in ranked play and the number one overall pick rate in OWL play, it’s clear that Lucio is a ridiculously strong character that is definitely worth your time, regardless of your skill level.

D.Va (A Tier) – In a world where tanks are quite arguably the most dominant role in all of Overwatch, D.Va fits right in. Sure, there are better options on the table such as Reinhardt and Zarya, but D.Va still works as a really reliable and solid pick on all levels of play. 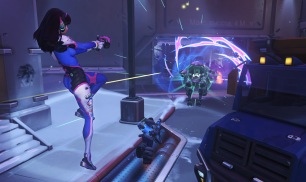 In competitive play, specifically OWL, she’s the 5th most selected character on the roster and in ranked play, she sits 7th on that list. Keep an eye on D.Va if you’re looking to make some foundational moves in ranked as she doesn’t necessarily require a ton of brainpower and could be a great gateway character for a lot of newer players or competitors seeking to regain their footing. Even with that in mind, she’s still really good and does exceptionally well in almost every facet of the game.

McCree (B Tier) – Still one of the most prominent and dependable characters in all of Overwatch, McCree represents everything a DPS player should want in a character. The hero is loaded with solid damage, a hitscan mechanic, decent mobility,

and a metric ton of potential. The sky’s the absolute limit for McCree players, as he may take a minute to learn but years to master. While other hitscans such as Sombra and Tracer have taken priority on the competitive stage this season, McCree’s ability to dominate a game shouldn’t be underestimated. Even on the ranked ladder, it wouldn’t be the worst idea for DPS mains to pick up McCree as he still packs a massive punch.

Brigitte (B Tier) – Brigitte has been hit with a few nerfs, making her a little less of a character than she was just a few months ago, but she’s still a seriously solid hero. As a Brigitte

main myself, I don’t find many issues with her. And even though she does feel a little different, peeled-back to an extent, I have no problem with the way she operates. If you’re considering picking her up, I’d strongly recommend it as she can still fit quite snugly into any team composition and perform excellently in the right hands. Even on the competitive level, she’s still extremely prominent. Backed up by an 87% appearance rate in OWL, good enough for 2nd overall, she’s clearly one of the more popular and dependent characters in the game.

Sombra (B Tier) – Sombra is in a particularly interesting situation as the character is seeing some really solid results on the competitive level, specifically in OWL play, but is failing to get those same results on the ranked ladder. In the Overwatch League,

she’s the 7th most popular character on the roster, and the most popular dedicated DPS hero. In non-professional play, however, she’s significantly less favorable as her pick-rate sits fifth from last, accompanied by the likes of Symmetra, Torbjorn and Bastion. If it weren’t for her success on the pro level, Sombra would be in a much lower position on this list, but in the hands of the right player, it’s obvious that Sombra can make some serious noise.

Torbjorn (D Tier) – Overwatch has a Torbjorn problem. Or does Torbjorn have an Overwatch problem? Regardless, this character just can’t seem to catch a break. Even after massive reworks and alterations to his kit, he’s still incredibly underwhelming. The character is just plain bad in plenty of areas and if Bastion didn’t exist, he’d certainly be the worst available option in the game.

Perhaps there’s an issue with turrets? We may never know. What we do know, however, is that Torbjorn is still downright awful and it’s going to take a lot more than a rework to get him in back into the sphere of relevance. He would need all the tuning changes in the world to shoot him back to a level where he actually matters, because right now, with a ranked pick rate of 0.89% and an OWL pick rate of 0.25%, it’s obvious that he’s not a priority.