In a shocking move that shocked absolutely no one, Bayonetta was hit quite heavily with a series of nerfs heading into Super Smash Bros. Ultimate. As the uncontested queen of Smash 4, Bayonetta dominated the game like no other character on the roster, and heading into the next installment of the franchise, it was obvious that something had to be done. And now, as we near the third month of Ultimate’s life cycle, Bayonetta has remained entirely stagnant. And while she may be nothing close to what she used to be in terms of power, the character still shows promise, and in the hands of the right player, Bayo is still a deadly force.

If anything, Bayonetta actually feels balanced in Ultimate. She’s no longer the ridiculously overtuned beast that she was in Smash 4 and the nerfs coming into Ultimate didn’t ruin her entirely. Chances are, if you were an above-average Bayonetta player in the franchise’s previous installment, you’ll have no problem picking her up this time around.

Still, it’s very important to note that everyone’s favorite Umbra Witch is drastically different from her last Smash appearance. While she’s still great at stringing combos together and racking up damage quite quickly, she struggles with finishing opponents off and taking stocks. Of course, most of her abilities were nerfed coming into Ultimate, but she’s still able to pull off most the same combos that propelled her to success in Smash 4. However, these combos are drastically less impressive in terms of damage. She can easily do 20-40% in a single combo, but once she starts to get into kill range, it’s the actual execution that gives her trouble.

While she can edgeguard and juggle quite well, it usually isn’t enough to reliably confirm a kill. In Ultimate, Bayonetta is dependent on Witch Time more than ever. Her most reliable way to take a stock would be Witch Twist into F-Smash, which, while certainly reliable (and effective) is definitely testy considering that most fighters who have to rely on Smash-attacks to finish off stocks already have inherit weaknesses. 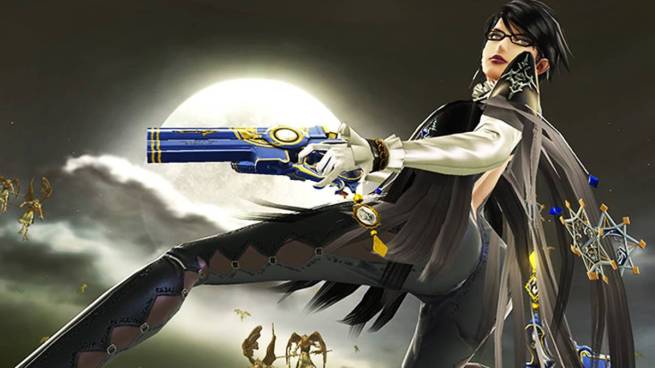 However, in Bayonetta’s case, her dependency on Smash-attacks is the most prominent reason as to why she’s balanced in the first place. Her ability to land combos and quickly rack up percentage put her in position to finish off an opponent with a Smash. Gone are the days of relying on spending 70+% of your time in the air above the stage bordering the blast zone. In Smash 4, Bayo was able to string moves together and launch her opponents into orbit, with most of your inputs coming while suspended in aerial combat. However, in Ultimate, those combos are a lot less reliable. It’s a bit more difficult to start and sustain an aerial combat session, especially when you consider that Bayo’s Up-Special was hit the hardest with nerfs out of all her abilities.

And although Bayonetta might have been taken down a peg since her reign of terror during the lifespan of Smash 4, she’s still a balanced choice that can definitely find solid results in the right hands. In Ultimate, Bayonetta is more about the player than the fighter, and that is truly the mark of a balanced character.

When you look at some of the most ridiculously overpowered characters in all of esports, like Kassadin from League of Legends in 2013, or Mercy from Overwatch in 2017, players were able to find success on those characters even when they may not have been deserving of it. Sometimes, those overpowered and overtuned characters serve as gateways to the top of the game, as players could essentially abuse them in order to reach levels of “talent” that they wouldn’t have been able to reach otherwise.

Bayonetta’s state in Smash 4 provided this sense of “false talent” to much of the playerbase, as the character skewed the foundation of the game so heavily that it was impossible to really get a grasp on the competitive scene. When players are pigeonholed into playing the “best possible option”, the overall health and diversity of the game, especially at the competitive level, erodes incredibly quickly.

In Ultimate, however, Bayonetta no longer holds that sway over the game. Smash is free from her grasp and the character is truly balanced. She may have been knocked down from her lofty pedestal, but don’t think for a second that she isn’t viable. Bayonetta is still a lethal character with plenty of potential and raw ability – now it’s just a matter of coming back down to Earth and experiencing what balance truly feels like.